Where To Go To Celebrate Christmas In NYC

Christmas in NYC is always a beautiful and magical time of the year. The crisp, cold air makes New Yorkers walk a little bit faster than normal, but something about the season makes everyone — ahem — merry and bright, nonetheless. One of the best parts of the Christmas season in the city is getting to see all of the beautiful landmarks that are decorated with ornaments and lights to get everyone in the holiday mood.

Though Christmas in NYC tends to be a little crowded, all of these spots are still worth visiting. Shop to your heart’s delight at the Bryant Park Winter Village, dance with the Rockettes at Radio City Music Hall, and of course, take a pic next to the giant Rockefeller Center Christmas tree. You can squeeze in some last-minute holiday cheer by visiting these festive landmarks before the start of the new year. (And luckily, most of these decorations will stay up until at least January 1.) Make sure you bring your camera because you’re definitely going to want to document these spots for the ‘Gram.

You’d be surprised how many New Yorkers haven’t seen the Rockettes live. The Radio City Christmas Spectacular is a NYC holiday tradition that you should 100% experience at some point in your New York life. The Rockettes’ show features some synchronized fun — can we talk about those kick lines?! — crazy outfits, and just simple holiday spirit. Plus, the neon lights and giant tree outside Radio City Music Hall make for a fantastic photo opp, as do the giant ornaments across the street.

One of my top picks for things to do in NYC during the holiday season is to walk down 5th Ave. after all the lights have gone up. The window displays in a lot of the major department stores never disappoint, and I particularly love Cartier’s giant light-up bow. Though the more elaborate decorations are usually courtesy of the more high-end designers, even stores like Hollister and Fossil have jumped on board in recent years to get into the holiday spirit that floods 5th Ave.

It’s hard to picture Christmas in NYC without going to Rolf’s. Located near NYC’s historic Gramercy Park, the restaurant isn’t just known for its killer menu, but of course, its over-the-top Christmas decorations. Ornaments, tinsel, garland, and lights all hang from the ceiling to create a beautiful backdrop for all of your holiday-themed pics. It’s an Instagram moment that you’ll never forget.

This one is pretty obvious, but you should pay the Rockefeller Center Christmas Tree a visit every year, if you can. Even though you’ll have to wrestle with the massive hoards of tourists to get to it, the gigantic tree is worth the wait. The lights and ornaments are breathtaking, as are the decorations that surround it. You can also ice skate in the plaza next to the tree, and if you’re feeling brave enough, head to the Top of the Rock to catch some killer views of the city.

Every New Yorker looks out for what the folks at Saks Fifth Avenue will put in their windows every holiday season. The theme is always different — this year is Disney and Frozen II-inspired — but the attention to detail is always staggering. The Saks windows are always elaborate and immaculate, with not a single decoration out of place. It’s incredibly impressive that they’re able to fit so much detail into a tiny space.

Though this is a recent development, the Bryant Park Winter Village has quickly become a NYC holiday staple. The vendors featured include some local NYC boutiques, as well as NYC-based artisans who normally sell their work on Etsy. You can get some gift shopping done while also picking up some Christmas decorations for your (probably tiny) apartment. Usually, the vendors range from artists who create digital prints, to photographers, to jewelry makers, to fashion designers, and everything in between.

If you’re willing to make the trek out to Brooklyn, you Dyker Heights is an absolute must-see during the holiday season. The residents of the neighborhood go all out in decorating their lawns, and it’s something that any Christmas lover will enjoy. Make sure you bring some cash so you can buy a cup of hot cocoa for the road. Some of the houses also leave out donation buckets for local charities as well.

Attention Upper East Siders — this Gossip Girl staple is a spot that you absolutely have to see during the holidays. Not only is it one of the most popular spots from the famed TV show, but Lotte New York Palace’s giant Christmas tree is always one of the best parts of celebrating the season. Grab your bestie, throw on your best Blair and Serena attire, and make sure you snap some shots while you’re there.

9 January & February 2020 Beauty Launches That Have Me Glowing 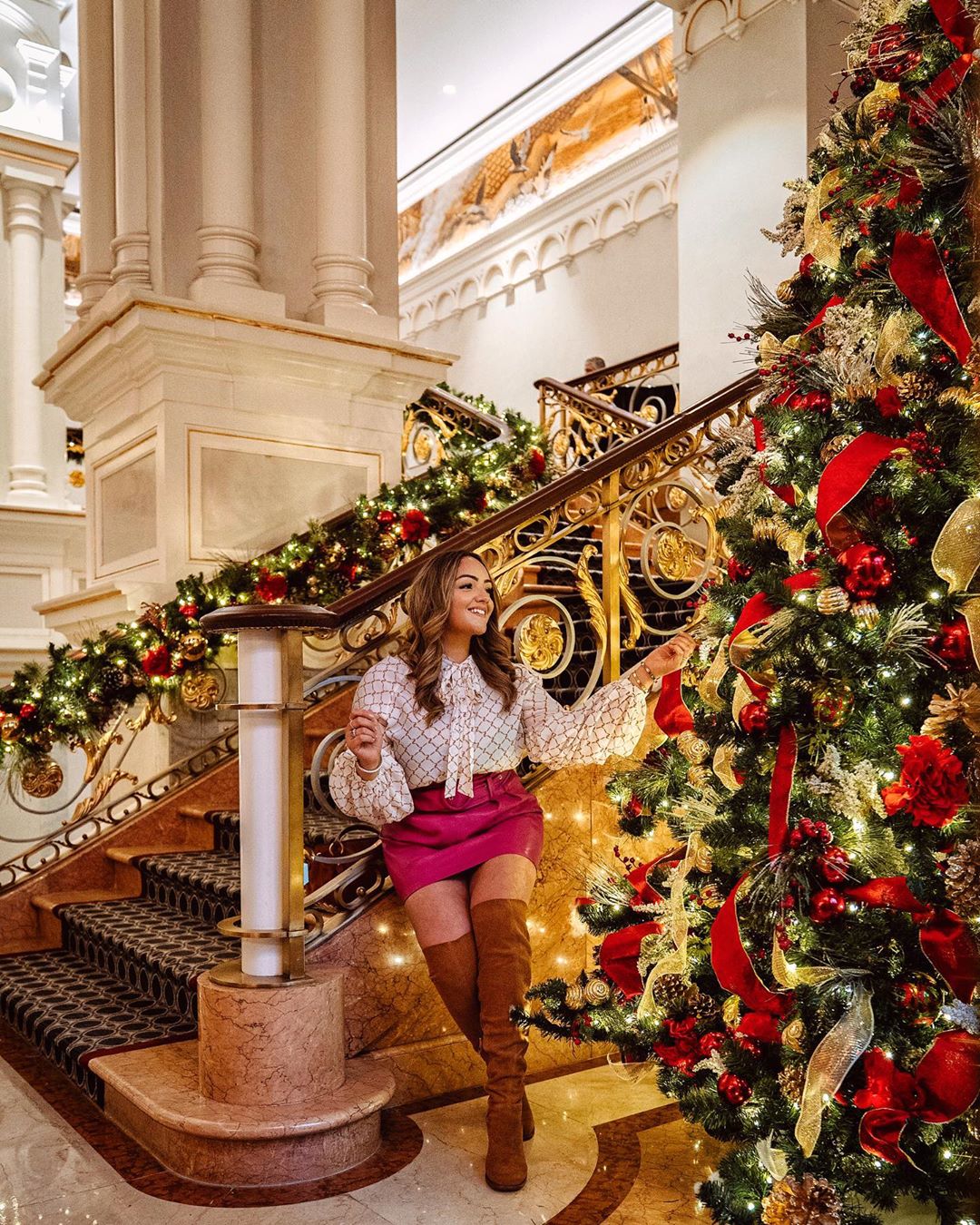 Where To Go To Celebrate Christmas In NYC 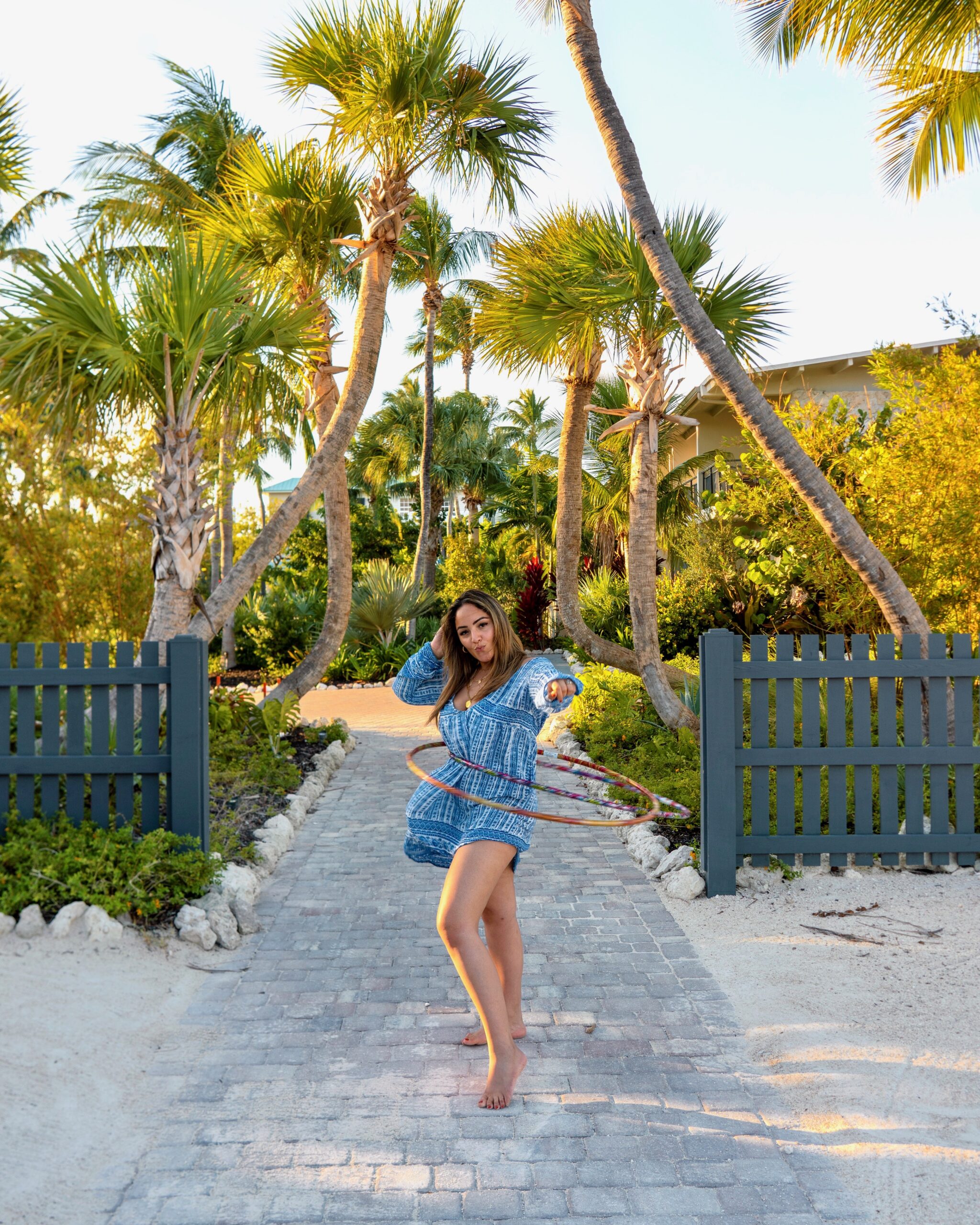 Itinerary: What To Do In Islamorada, Florida